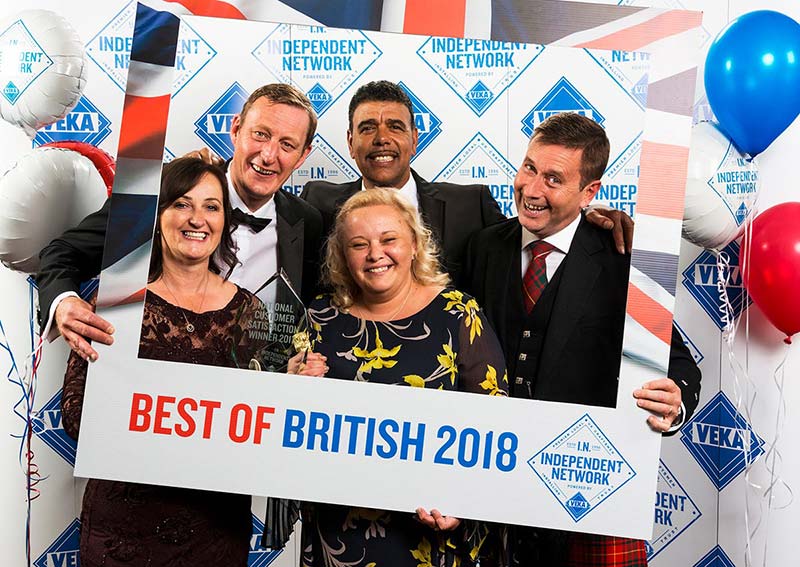 Homeowners have once again voted Thistle Windows & Conservatories Ltd the best in the UK for customer satisfaction – its 16th major national award from the respected industry standards organisation Independent Network.

The Aberdeen-based company was named top in its class at Independent Network’s annual award ceremony and also has the honour of holding the most trophies in the entire organisation of over 140 member companies UK-wide.

The trophy was presented to the Thistle team by Sky Sports presenter Chris Kamara.

Managing Director Ian Bruce said: “It’s fantastic to be recognised in this way, our entire team has played an important role in maintaining a high level of satisfaction at every stage of our customers’ projects, from the initial quotation experience all the way through to efficient installation and completion.”

“We are also thrilled at gaining more customers than ever – while at the same time ensuring that exceptionally high levels of customer satisfaction are being delivered.”

The awards are based on feedback questionnaire responses from more than 15,000 customers of all member companies of the Independent Network. Thistle came top in the highest-tier UK award category.

Thistle has continued to grow and expand with a move into a 35,000 sq. ft head office, showroom and warehouse facility in the city’s Bridge of Don area.  The local firm currently employs over 130 staff and is also due to open a brand-new showroom in the next few months. 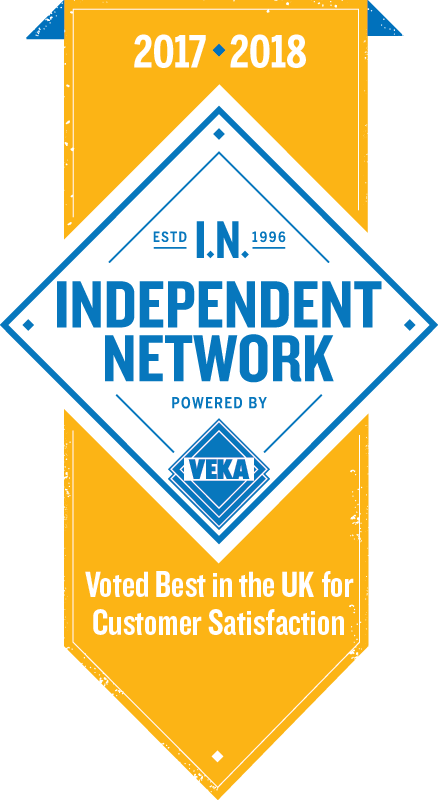 Very pleased with the work from start to finish.  Excellent job!  Our team of fitters worked incredibly hard and non-stop.  Mike Gordon was fantastic; thank you everyone at Thistle.

Very happy with the whole team and quality products.

The installers arrived early and when finished for the day there was no mess.  The salesman was very helpful explaining the various finance options.