Our team is very happy to announce that Thistle has been shortlisted as a finalist at this year’s G16 UK Glass and Glazing Industry Awards.  Thistle has been announced as a contender for the prestigious “UK Installer of The Year” and “UK Conservatory Installer of The Year” awards and is the only Scottish company to be represented in either category.

The Glass and Glazing Awards are one of the most important events of the year for the home improvement industry with companies from across the UK competing to be recognised as the best of the best.  The awards are open to each and every company across the entire industry, including installers, fabricators, manufacturers and suppliers of all specialities, including domestic, commercial and trade.

It is with incredible pride that we can also announce that Eilidh Haggart, our HR Co-ordinator and PA to the Directors, has been shortlisted as a finalist for the “UK Glass and Glazing Industry Unsung Hero Award” in recognition of her exceptional personal commitment to charity work.  Eilidh made local and national headlines earlier this year when she went above and beyond the call of duty to campaign for The New Arc Animal Rescue centre in Auchnagatt, raising over £2,600 for the charity which appealed for assistance after its site was left badly damaged by Storm Frank. 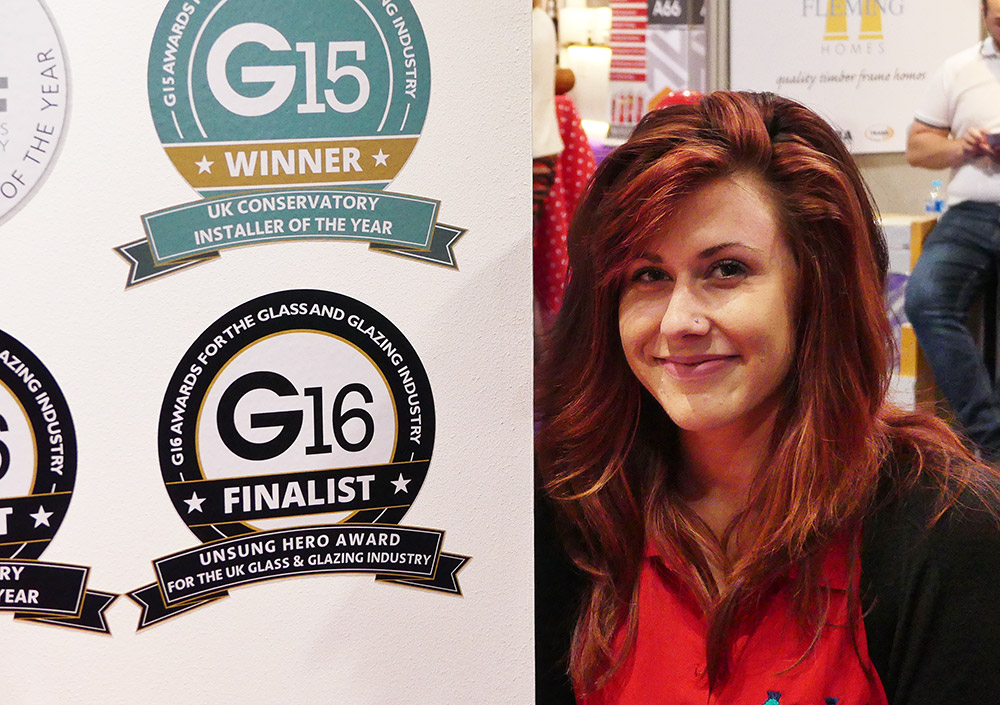 We are absolutely thrilled to see Eilidh receive national recognition for her unwavering passion to help others – Thistle has always been a company that prides itself on giving back to the community and Eilidh has been a driving force in developing and organising our fundraising and charitable activities since joining the team in 2013.

Of the 38 companies represented in the industry awards for 2016, Thistle are one of only two firms to be shortlisted in three separate categories.

On the back of winning the UK Conservatory Installer of the Year Award in 2015, to be shortlisted for three awards this year is another great milestone for our company and we are so thankful to all of our customers who have made this possible.  As a team we are certainly not content with resting on our laurels and there is always a constant drive to improve ourselves, across all aspects of the customer experience.

Our team will now be subject to a visit by an industry expert judge from the Glass and Glazing Federation who will carry out a comprehensive inspection, including visiting both in-progress and completed projects in addition to in-depth interviews with customers.  The winners will be announced on November 18th at an award ceremony to be held at the London Hilton on Park Lane.